The History of Graphic Design 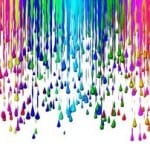 Graphic design is “is the process and art of combining text and graphics and communicating an effective message in the design of logos, graphics, brochures, newsletters, posters, signs, and any other type of visual communication.”  One of the most important features of graphic design is the composition.  Activities that reflect modern graphic design have been present throughout the history of mankind, from the caves of Lascaux to the illuminated manuscripts of the Middle Ages.  The distinction between advertising art, graphic design, and fine art is sometimes hard to define.  Advertising art is concerned chiefly with the sale of products or services whereas graphic design is “to give order to give information, form to ideas, expression and feeling to artifacts that document human experiences.”

The history of graphic design is intimately linked with printing.  Wood blocks were cut to reproduce Buddhist texts between the 4th and 7th century.  This was the beginning of printing.  Many people are familiar with Johann Gutenberg’s invention of the printing press in 1450, which made books widely available for the first time.  Graphic designs of this early era are called “Old Style” or “Humanist”.

Piet Mondrian, the “father of graphic design”, began using grids in the late nineteenth century to help lay out his artwork.  The Journal of Design and Manufactures, authored by Henry Cole, spurred the industry to new heights in the Victorian era.  From 1891 to 1896, the Kelmscott Press Company published a line of graphic design books that helped separate graphic design into its own industry apart from fine art.  Art Nouveau became the predominant style of design pioneered by William Morris, owner of Kelmscott Press, ushering in the twentieth century.

The term “graphic design” has been attributed to two different individuals, William Addison Dwiggins, an American book designer and Richard Guyatt, a British designer and academic.  Wherever the term first was coined, it has become an industry that is applied in just about every organization and society today.  After World War II, America saw huge growth in the graphic design industry as an expanding economy brought with it advertising and packaging design needs.  From the 1930s until 1996, Paul Rand was an influential designer on American graphic design, creating the subcategory of design called “corporate identity.”  Graphic design today is a thriving industry that meets an indispensible need in today’s visually driven world.