What Does a Graphic Designer Do? 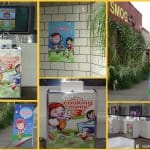 The U.S. Department of Labor estimates that through 2014, graphic designing jobs will steadily increase, especially in the web designing industry. Almost everyone has their own definition of what a graphic designer does, yet many share similar ideas. WiseGeek claims that “[a] graphic designer or graphic artist conveys information through visual solutions that promote or enhance a service, product, philosophy, or entity.” While EHow states that “Graphic designers help communicate ideas visually when words alone don’t tell the whole story.” Designer Today Magazine has the most concise definition though: “Graphic designers work to visually convey a particular message or idea.”

Graphic designers are artists that also have good interpersonal and marketing skills. Typically, an associate’s or bachelor’s degree is required for most positions in the graphic design field. It is also possible to find graphic designers working as independent contractors, as their skills are valuable for a variety of jobs. Film media, images, sound, illustration and animation all fall under the graphic designer’s expertise.

Graphic designers are often called upon by the advertising industry to help sell products through branding. Branding is the association of a product with a particular company through the use of logos, colors, and text. For example, the coca-cola bottle, the colors of the Google logo, and “Silly rabbit, Trix are for kids.”

In print and other forms of media, graphic designers handle the layouts for employers such as newspapers and magazines. Adobe Flash is becoming a useful tool for graphic designers to add illustrations and enhance the background of television news stories. Even textbooks have the stamp of graphic design on them, especially ones that rely on diagrams or illustrations to teach, such as science or geography. “From road signs to technical schematics, from interoffice memorandums to reference manuals, graphic design enhances [the] transfer of knowledge.”