Ways to Spice Up Building Advertising 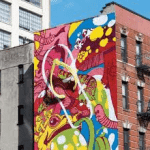 Take a look around you. Building advertising, billboards, ads on buses; there
are advertisements virtually everywhere you look and it seems that no territory
is restricted. Advertising is no longer limited to mail delivery brochures and
handing out personal business cards. Today you can expect to find a variety of
options for spreading the word about your product or company. Building
advertising is among the most popular solutions for targeting a wide market. But
there is more to it than simply placing an ad – you must also be able to
captivate and intrigue your targeted market.

Benefits to be reaped by building advertising are virtually limitless when
done with precision and attention to detail. A large advertisement on the side
of a building is very effective in regards to reaching large amounts of
potential clients, but how much attention have you given to what you are saying
to them? Believe it or not, an advert can say a lot about the company that it
represents.

Considering your targeted market, careful placing of your building
advertisement can be highly beneficial to increasing business. Simply moving
your ad to a busier area of town can work wonders for client inquiries. As well,
pay special attention not to place the ad near competitor ads. The only
accomplishment to be gained is comparing yourself to the competitor which,
ideally, is probably not your objective. Placing the ad at an intersection where
there are traffic lights is generally successful and will likely gain more
attention from drivers.

The design of your building advertisement is a vital detail to success.
Potential clients often make assumptions of a company based on marketing
strategies. When the advertisement is plain and looks as though it has received
little attention, a common assumption would be that you are not very invested in
the success of the product or company. Fonts that are hard to read are not only
unsuccessful, but they can also be distracting to drivers.

Don’t make the mistake of overdoing it with the graphics. Building
advertising should compliment the building and entice customers without causing
either to feel overwhelmed by too many graphics. Catchy slogans are a good idea
if they are well-written but avoid statements that could be considered
offensive.

The better able you are to intrigue your audience, the more successful your
building advertising will likely be. Careful attention to detail and respect for
customers can go far in achieving the right amount of positive
attention.